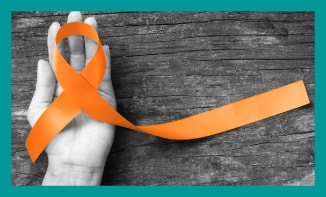 In our treatment for  MS, we focus on the patient and not just the symptoms. Please note that we only treat early onset MS.

Treatment for MS: Multiple sclerosis (MS) is the most common demyelinating neurological disease. It can occur in young or older people and is a cyclic (relapsing-remitting) or it can be a progressive disease that continues progressing without remitting. It is thought that inflammation and the presence of autoimmune antibodies against myelin ( the insulating sheath around many nerve fibres, which increases the speed at which impulses are conducted) cause the myelin sheath to break down, resulting in decrease or loss of electrical impulses along the nerve fibres.

In progressive MS, neurological damage occurs additionally by the deposition of plaques on the nerve cells to the point where nerve cell death occurs.

In addition to this, breakdown of the blood-brain barrier in MS is associated with local inflammation caused by glial cells, which surround neurons and provide support for and insulation between them. Glial cells are the most abundant cell types in the central nervous system. T

The clinical manifestations of demyelinization, plaque damage and blood-brain barrier disruptions cause variable symptoms, but they usually include impaired vision, alterations in motor, sensory and coordination systems and cognitive dysfunction.

There is strong evidence for a genetic component in MS, although studies suggest that MS is an acquired, rather than an inherited disease. Multiple co-infections could be involved rather than one specific infection.

Viruses have been found in MS. Studies found that over 70% of MS brain specimens were positive for infection-associated sequences.

Current reviews point to an infectious process in MS. Although a few studies did not come to this conclusion, most studies have found infections in MS patients. It is interesting that it is the progressive rather than relapsing-remitting forms of MS which have been associated with chronic infections. Therefore, infections may be more important in MS progression than at the start of the disease. Infections may also invade immune cells and alter immune cell function in a way that promotes inflammation and autoimmune activity. As in other neurodegenerative diseases, multiple factors appear to be involved in the development of MS.

At Harley Street IBS & Autoimmune Clinic, our approach to treatment for MS is to diagnose the underlying issues using carefully chosen functional medicine tests. A treatment plan is then formulated based on the test results and tailored to each patient’s unique needs., using natural medicine. We do not use a one size fits all approach.

We also address any IBS issues that can be present with this condition.

“In October 2015, I had 2 seizures that were 3 weeks apart. The second of these left me barely able to walk for a week. Two MRIs later I was diagnosed with Multiple Sclerosis. Once the initial freak out subsided (“I just want a pill that will magic this all away”), I was beyond blessed to have Deborah Grant as a close family friend who was more than able to talk some sense in to me. I was 41 years old, and in the 3 years prior to my diagnosis I had given birth to 2 kids (21 months apart both via c section), and started a new job. Typical new-mum stress meant for twenty-somethings, coupled with a less than ideal diet had wreaked havoc on what I always assumed was a healthy body. I thank God Deborah was there to sort my mess out. I haven’t seen a neurologist since my diagnosis. Deborah very quickly dismissed the MS diagnosis, and ordered a number of tests that correctly diagnosed I had developed several chronic infections that undermined my immunity, causing several food intolerances and autoimmunity. I was put on a protocol of natural medicine and health supplements that rebuilt and corrected the damage done by my poor diet, sleep deprivation and terrible gut environment. My diet was adjusted. I want to emphasize that point – Deborah will not simply try to mask your symptoms, she will dig until she finds why your symptoms occurred in the first place. That is crucial. Today I am back to my active self, with no neurological symptoms. The word ‘heal’ is the foundation of ‘health’ for a reason, and I credit my healing journey to Deborah. Her wonderfully inspiring depth of knowledge has changed my own approach to health, as well as how I teach about it in my job. I am beyond grateful to have had her manage me back to health.”   Sharon – Ithaca, New York State, USA

Use of Magnetic Resonance Imaging to Visualize Leptomeningeal Inflammation in Patients With Multiple Sclerosis: A Review.

If you would like treatment for MS, that has just been diagnosed (early onset)