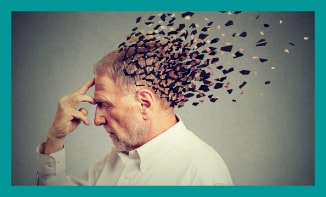 Alzheimer’s Treatment: At our Guardian featured clinic, we approach the whole person and not just their brain. Please note that we only treat early onset Alzheimer’s.

What is Alzheimer’s Disease?

Alzheimer’s Disease is a family of brain disorders usually found in elderly patients and is the most common cause of dementia. It is characterised by slow, progressive loss of brain function, notable lapses in memory, disorientation, confusion, mood swings, changes in personality.

There are language problems, such as difficulty in finding the right words for everyday objects, loss of behavioural inhibitions and motivation and paranoia.

The course of Alzheimer’s varies widely. The duration of illness can range from just a few years to over 20 years. During this time the parts of the brain that control memory and thinking are amongst the first to be affected, followed by other brain changes that ultimately result in brain cell death.

Alzheimer’s is characterised by distinct changes in brain tissues and cells. Amongst the most notable are the appearance of plaques and tangles of neurofibrils within brain nerve cells that affect junctions between nerve cells (synapses) and nerve to nerve cell communication.

These structural alterations involve the formation and depositing amyloid plaques. So are the plaques a defence against infection? This has been suggested by researchers, who have found a bacterium in each plaque.

It has been proposed that such infections may act as a trigger in Alzheimer’s Disease. Study authors also stressed that systemic infections must be considered as potential contributors to the development of Alzheimer’s disease, the commonest cause of dementia, is a growing global health concern with huge implications for individuals and society.

At Harley Street IBS & Autoimmune Clinic, we aim to diagnose the underlying issues, including infections, of early onset Alzheimer’s. In our Alzheimer’s treatment – early onset, a plan is formulated based on each patient’s test results  in order to meet each patient’s unique needs. We use only natural medicine and do not have a one size fits all approach.

We also address any gut issues that are often associated with this condition.