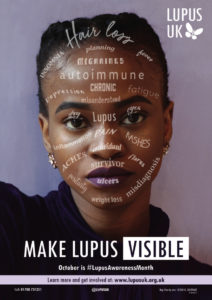 Our Lupus UK treatment focuses on the underlying issues and  not just the symptoms.

Systemic lupus erythematosus (SLE), also known simply as lupus, is an autoimmune disease in which the body’s immune system mistakenly attacks healthy tissue in many parts of the body, including the organs such as the kidneys, lungs, heart, brain etc.

Symptoms may be mild to severe. Common symptoms include painful , swollen painful joints; fever, chest pain, hair loss, mouth ulcers, swollen lymph nodes, fatigue and a red rash which is most commonly on the face. There are often flares and periods of remission, when there are few symptoms. Lupus is Latin for wolf as in the 18th century it was thought to be caused by a wolf’s bite.

The cause is not entirely clear according to orthodox medicine. It is believed to involve hormonal, environmental, and genetic factors. The mechanism involves an immune response by autoantibodies against a person’s own tissues. These are most commonly anti-nuclear antibodies and they result in inflammation. There are a number of other kinds of lupus erythematosus including discoid lupus erythematosus, subacute cutaneous lupus erythematosus and neonatal lupus. Patients of orthodox medicine are usually told there is no cure for SLE. Pharmaceutical treatments may include NSAIDs, corticosteroids, immunosuppressants, hydroxychloroquine, and methotrexate – a chemotherapy drug.

Women of childbearing age are affected about nine times more often than men. While it most commonly begins between the ages of 15 and 45 a wide range of ages can be affected. SLE is one of several diseases known as “the great imitators” because it often mimics or is mistaken for other illnesses.

Using functional medicine tests, our aim in Lupus UK treatment is to diagnose and address the underlying issues that are fuelling the condition. It is indeed a multi-faceted condition and in our experience usually has several drivers. A treatment plan using natural medicine is then formulated, based on the test results and to meet each patient’s unique needs. We do not have a one size fits all approach.

If you would like a natural approach to Lupus UK treatment