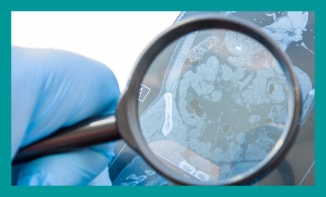 Crohn’s Disease Treatment: Our Crohn’s Disease treatment at our Guardian featured clinic addresses the underlying issues and not just the symptoms. Treatment is tailored to meet each patient’s unique needs. We do not have a one size fits all approach.

Ongoing inflammation may produce scar tissue that builds up inside the intestine to create a stricture, a narrowed passageway that can slow the movement of food through the intestine, causing pain or cramps.

Crohn’s disease is an inflammatory bowel disease (IBD) and can be difficult to diagnose because its symptoms are similar to other intestinal disorders, such as ulcerative colitis and other IBDs; and irritable bowel syndrome (IBS). Both ulcerative colitis and Crohn’s Disease cause abdominal pain and diarrhoea.

What causes Crohn’s disease?
In orthodox medicine, the cause of Crohn’s disease is unknown, but researchers believe it is the result of an abnormal reaction by the body’s immune system. Normally, the immune system protects people from infection by identifying and destroying bacteria, viruses, or other potentially harmful foreign substances. Researchers believe that in Crohn’s disease the immune system attacks bacteria, foods, and other substances that are actually harmless or beneficial. During this process, white blood cells accumulate in the lining of the intestines, producing chronic inflammation, which leads to ulcers, or sores, and injury to the intestines.

People with Crohn’s disease, particularly if they have been treated with steroid medications, may have weakness of their bones – osteoporosis or osteomalacia. Some people with Crohn’s disease may have restless legs syndrome—extreme leg discomfort while sitting or lying down. Other complications include arthritis, skin problems, inflammation in the eyes or mouth, kidney stones, gallstones, or diseases related to the liver.

What is the orthodox Crohn’s disease treatment?
The treatment for Crohn’s disease is anti-inflammatory medications. Most people are first treated with medications containing mesalamine, a substance that helps control inflammation. Sulfasalazine is the most commonly used of these medications. People who do not benefit from sulfasalazine or who cannot tolerate it may be put on other mesalamine-containing medications, known as 5-aminosalicylic acid (5-ASA) agents, such as Asacol, Dipentum, or Pentasa.

Cortisone or steroids – these are effective at reducing inflammation. Prednisone and budesonide are generic names of two corticosteroids.

Surgery – About two-thirds of people with Crohn’s disease have surgery suggested to them. Surgery is usually carried out to remove part of the intestine but it does not eliminate the disease. People with Crohn’s disease commonly need more than one operation because inflammation tends to return to the area next to where the diseased intestine was removed because the underlying issues fuelling the inflammation were not diagnosed or addressed.

What is the Crohn’s disease treatment at Harley Street IBS & Autoimmune Clinic?
The aim is to diagnose any underlying health issues, which may have given rise to Crohn’s disease, and address them. Dietary guidance is given to help support the treatment and help reduce the inflammation. The Crohn’s disease treatment is formulated based on the patient’s underlying health issues, using personalised prescribing with a Functional Medicine approach. Patients report that this personalised approach works better than a one size fits all approach. Patients are required to have undergone thorough medical investigation through colonoscopy etc to attain a formal diagnosis of Crohn’s disease.

We also diagnose and address any allergies, which are so often part of this condition.

If you would like an appointment for Crohn’s Disease treatment