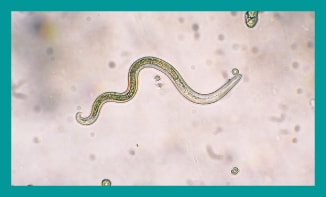 Our treatment for intestinal parasites addresses the underlying issues and not just the symptoms, which are the parasites.

What are parasites?
Intestinal parasites are organisms that feed off other living organisms known as hosts. They may be transmitted from animals to humans, from humans to humans, or from humans to animals. Several parasites have emerged as significant causes of both food borne treatment for parasites and waterborne illness. Parasites live and reproduce within the tissues and organs of infected human and animal hosts, and are often excreted in faeces.

How are they transmitted?
They may be transmitted from host to host through consumption of contaminated food and water, or by putting anything into your mouth that has touched the stool (faeces) of an infected person or animal.

How do they vary in size?
Intestinal parasites are of different types and range in size from tiny, single-celled, microscopic organisms ( protozoa) to larger, multi-cellular worms ( helminths) that can be seen with the naked eye. The size can ranges from 1 to 2 µm (micrometres) to 2 metres long.

What is a common parasite?

Giardia duodenalis, the cause of giardiasis, is a one-celled, microscopic parasite that can live in the intestines of animals and people. It is found throughout the world and is one of the most common causes of waterborne (and occasionally food borne) illness.

Giardiasis is frequently associated with drinking contaminated water, but some people might get infected by consuming uncooked meat also contaminated with G. duodenalis cysts (the infective stage of the organism). It is also associated with putting anything into your mouth that has touched contaminated surfaces or the stool of a person or animal with giardiasis. It can cause diarrhoea, abdominal cramps, gas, and nausea. Chronic infection may cause dehydration and severe weight loss. However, some cases may be without symptoms.

Symptoms usually appear 1 to 2 weeks after ingestion of a G. duodenalis cyst and may last 2 to 6 weeks in otherwise healthy persons. Some cases can last months or even years.

Cryptosporidium parvum, causes the disease cryptosporidiosis is a microscopic shelled parasite and a significant cause of waterborne and food borne illness globally. It is found in the intestines of many herd animals including cows, sheep, goats, deer, and elk. This parasite can be found in soil, food, water or surfaces that have been contaminated with faeces from infected humans or animals.

Symptoms include watery diarrhoea, stomach cramps, upset stomach, and slight fever. Symptoms appear 2 to 10 days after ingestion of C. parvum oocysts. The illness usually goes away without medical intervention in 3 to 4 days. For healthy people, symptoms may last up to 2 weeks. For individuals with weakened immune systems, cryptosporidiosis can be serious and long-lasting.

Our treatment for intestinal parasites addresses the underlying issues. We also address any allergies that are undermining the immune system.

At Harley Street IBS & Autoimmune Clinic, we diagnose intestinal parasites by testing for them and a treatment plan using natural medicine is then formulated, based on your results.