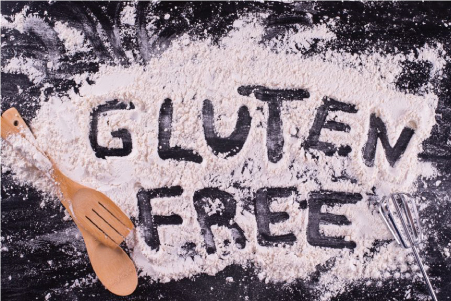 The topic of gluten removal appears on our website because it is such a huge contributing factor to inflammation, and one that doctors usually miss entirely.

This article is going to lay out what we know from the sound emerging research on the topic, thereby allowing you to make an informed decision for yourself as to whether gluten could be a contributor to your symptoms and, more specifically, your level of inflammation. 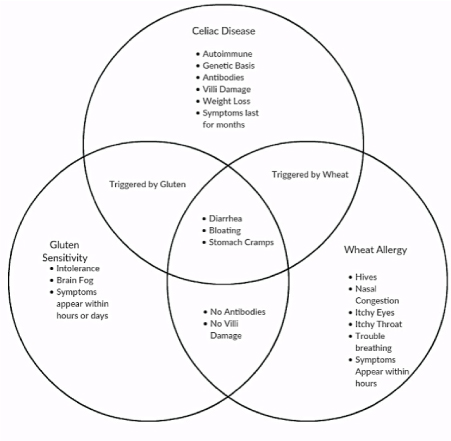 A Quick Rundown on Celiac Disease versus Gluten Sensitivity

The gluten protein in wheat, barley, and rye causes numerous health problems in susceptible individuals. Gluten-related disorders (GRD) are conditions that are triggered by gluten.

Celiac disease is the most well-known GRD. It’s an autoimmune condition that results in tissue damage in the small intestine. Non-celiac gluten sensitivity (NCGS) is another gluten-related disorder.

A surprising fact about non-celiac gluten sensitivity: most of its symptoms occur outside of the intestines and gastrointestinal tract. Symptoms can range from GI discomfort/IBS to fatigue, anxiety, and other neurological issues. People with any degree of non-celiac gluten sensitivity tend to improve on a gluten-free diet. Unfortunately, many are mocked or ridiculed for avoiding wheat and told that their sensitivity is “all in their head.” For those with symptoms, we strongly hear you, and will now give the proof of why this condition is most emphatically not all in your head.

The Proof that NCGS is a Real Condition

NCGS diagnosis can be reached only by excluding celiac disease and wheat allergy. Recent evidence shows that a personal history of food allergy in infancy, coexistent atopy, and a positive finding for immunoglobulin G (IgG) antigliadin antibodies could be useful in identifying NCGS patients. Cyrex labs in the US are leaders in identifying these markers.

A powerful Italian multicentre survey on patients suspected of having non-celiac gluten sensitivity was performed in 38 Italian centres (all recognized by the Italian Health Ministry as referral centres for the diagnosis of gluten-related disorders).

Researchers identified nearly 500 patients with suspected non-celiac gluten sensitivity. They used patients’ reported symptoms, lab tests, intestinal biopsy results (if performed), and other factors to identify those who were sensitive to gluten. The most common symptoms reported in gluten-sensitive people included: 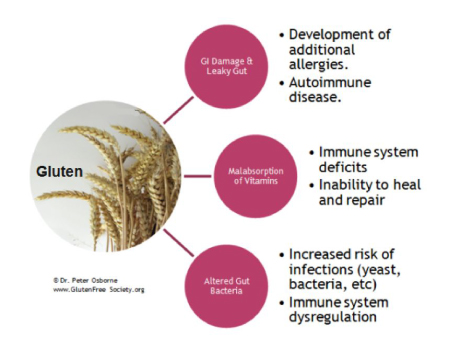 
Gluten-sensitive people in the study also experienced constipation, rashes, weight loss, anaemia, depression, anxiety, mouth sores, and more. More women than men suffered from gluten sensitivity, by a ratio of more than 5 to 1. The average age of the patients was 38. Nearly half of the patients had irritable bowel syndrome (IBS), while 35% reported food intolerance. Almost 1 in 5 patients had a relative with celiac disease. Researchers reported that 14% of gluten-sensitive people in the study had an autoimmune disease, most commonly autoimmune thyroiditis. Sadly, the majority of people with gluten-related disorders are undiagnosed and untreated.

If your symptoms improve when you avoid gluten, but they return soon after you reintroduce gluten into your diet, you may be gluten sensitive. If that’s the case, you would benefit from being on a gluten-free diet permanently.

Proper diagnosis and treatment are key. Gluten-related disorders like celiac disease and non-celiac gluten sensitivity contribute to intestinal permeability, more commonly known as “leaky gut.” And leaky gut, in turn, sets the stage for autoimmune disease and other conditions.

In a recent study, researchers at Columbia University Medical Centre sought to obtain objective evidence to determine if NCGS is real. They enrolled 80 individuals with self-reported non-celiac gluten sensitivity, 40 individuals with celiac disease, and 40 healthy subjects for the study. NCGS patients were excluded if they showed any of the characteristic diagnostic markers of celiac disease (celiac-specific IgA, anti-TG2 autoantibody, or celiac-like histology).

The researchers took blood samples and intestinal biopsies from all 160 patients. The blood samples were used to look for particular signalling molecules and proteins in the blood, while the biopsies were used for histological analysis of the tissue microstructure. In addition to comparing these measures between conditions, they also took a subset of 20 NCGS patients who had adhered to a gluten-free diet for six months and compared their blood and biopsy samples before and after gluten avoidance.

They found that gluten-sensitive individuals have leaky gut. Subjects showed increased intestinal permeability compared to healthy subjects. This is not really all that surprising, since we know that gliadin, a component of gluten, can affect the tight junctions that keep the gut sealed.

In addition, subjects in the NCGS group had systemic immune activation. Serum levels of both lipopolysaccharide-binding protein (LBP) and sCD14 were significantly elevated in individuals with NCGS in comparison with the individuals with celiac disease and the healthy controls. These are sensitive markers of microbial translocation. In other words, they indicate that bacteria and other microbes from the gut interior are “leaking” into the bloodstream, inducing a low-grade, chronic inflammatory response from the immune system.

Histological analysis of biopsy tissues showed that the NCGS group also had epithelial cell damage similar to the celiac disease group, a result supported by elevated levels of serum marker FABP2. Moreover, in the subset of NCGS individuals analysed before and after adherence to a gluten-free diet, they found that inflammation and cell damage markers improved significantly after six months of gluten avoidance.


How to Know if You have Gluten Sensitivity

The biological markers used in the cited Columbia University study may be used in the future to help diagnose NCGS, but at the moment, they are purely used for research purposes. Nevertheless, we are able to test you for wheat and gluten protein reactivity and autoimmunity. We also test people for Gluten Cross-Reactive Foods. Once the immune system is reactive to gluten, it often mistakes proteins in some other foods as gluten, and thus mounts a similar response, meaning the food causes similar damage. Do not panic! After removal for a short period to allow the gut and system to heal, these foods can be reintroduced. Unfortunately, it is rare that gluten will be able to be reintroduced.

If you have chronic pain, autoimmune symptoms, or chronic infections, we highly recommend you are tested for gluten sensitivity, as it is such a huge contributor to inflammation in both the body and the brain.

Please book an appointment, if you would like our guidance with your health issues. We would be delighted to help you. We hope you found our article Gluten Sensitivity: Is It Real helpful.