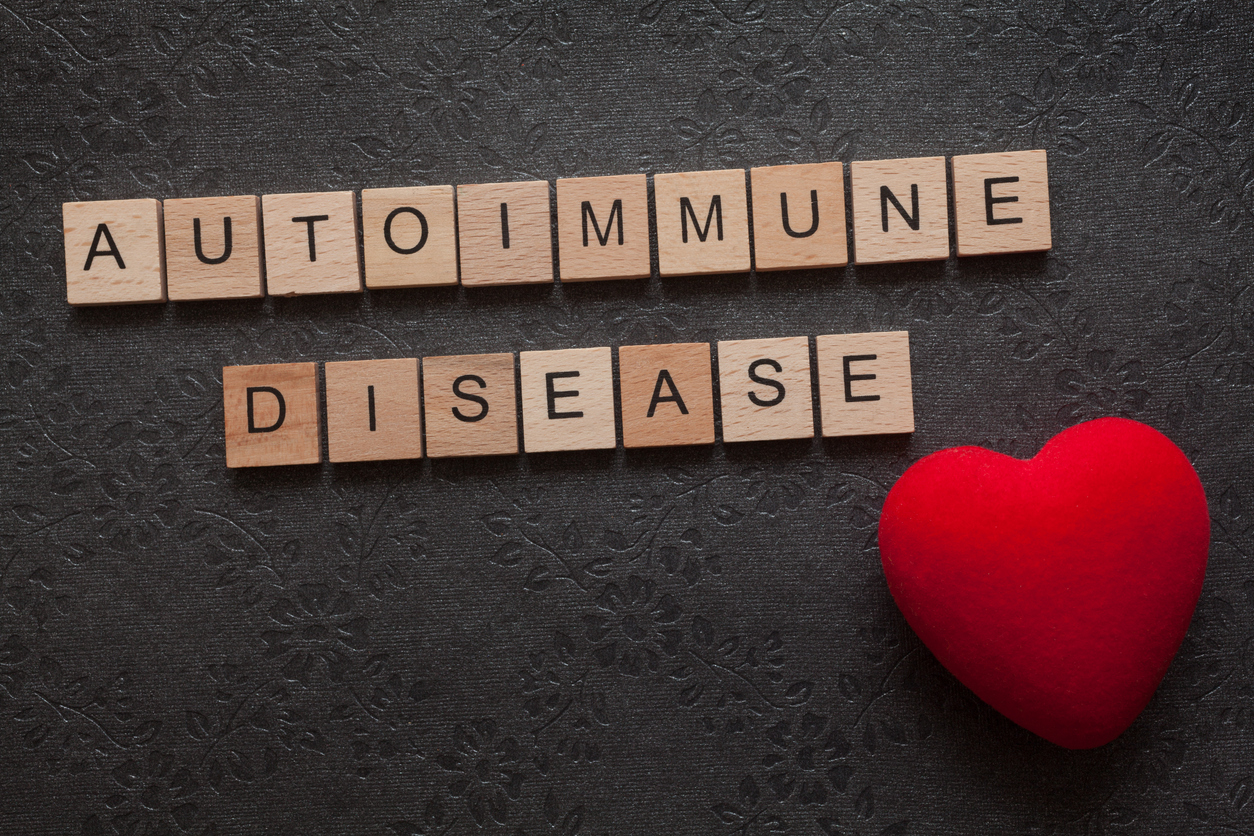 At my Guardian featured Harley Street IBS & Autoimmune Clinic I am often asked if there is a way to treat the cause of autoimmune disease, rather than just treat the symptoms.

Autoimmune disease is a huge problem in the UK. Connect Immune Research estimates that four million people in the UK are living with an autoimmune condition – which is more than six per cent of the population. This includes 400,000 people with type 1 diabetes, over 100,000 living with multiple sclerosis (MS) and over 400,000 with rheumatoid arthritis (RA).

There are many other autoimmune conditions – said to be around 80 –  and what they all have in common is that the body is attacking itself.

Autoimmune diseases like rheumatoid arthritis often include challenging symptoms such as pain, swelling, fatigue, and mobility problems. All autoimmune diseases have systemic inflammation caused by an immune system that has gone off the rails and is attacking the body in some way, unable to tell the difference between self and foe.

“Rheumatoid Arthritis spread through my body from hands and wrists, through knees, ankles, feet and toes over the course of a few months, until I could barely walk.  At 55 years old, I changed overnight from an active skier, tennis player and spinner, to a hobbling person in pain.

When I met Deborah I was walking with a stick, was unable to open heavy doors because of my painful hands, and used a wheelchair in airports. It was also very difficult to cook because I couldn’t use my hands to prepare food and my ankles hurt to stand. Deborah offered me an alternative to immune suppressing medicine I was hesitant to take.  Initially I was impatient with her protocol as I wanted to be “well” immediately.  She helped me heal by baby steps.  She tackled the underlying conditions, rather than suppressing the symptoms.  She conducted methodical testing before jumping to treatment. My treatment plan was customized for me and my disease stage and manifestation, not the same as every patient who had RA.  We are partners in my treatment plan and that makes all the difference.

These days I am happy to say that I can play pickleball (like mini tennis), cross country ski, go walking and go up and down the stairs with ease. I do at least 10,000 steps per day on my FitBit. My energy is also so much better.” – Jacqueline B., London

Orthodox medicine acknowledges this problem, but, instead of asking the question WHY, it merely gives pharmaceutical drugs to inhibit the immune response. It does not look for the answer. At Harley Street IBS & Autoimmune Clinic, we ask why the body is out of balance and how do we help it get back into balance.

Tania’s story is a great example of the power of Functional Medicine, which can find the root causes of the inflammation, which underlies autoimmune disease. Once the underlying issues have been identified by our autoimmune clinic – there are usually several and we need to gather what I call all the pieces of your health jigsaw – natural treatment can commence and thereby the healing of the body.

I see inflammation in the body as fire and we need to put out the flames for a long-term resolution. We do that by finding out what is fanning the flames of inflammation and then we address it. This is to go beyond hanging a label on a health issue and then merely suppressing the symptoms. Symptoms are a massage sent to us by the body to tell us something isn’t right. We need to listen to it and sort it – not just silence it!

Functional Medicine approaches the body as a system – a whole system – as everything is linked and nothing is in isolation. Balance must be restored to the whole body. When the body is divided into different compartments with a different doctor for each, there can be no big picture to work with.

This Functional Medicine approach at our autoimmune clinic provides a common sense way of solving health problems, one that allows us to determine the cause of the symptoms and address them rather than shutting down the immune system with drugs. We seek to find the driver of the inflammation, however that is manifesting for you.

It is only by taking a full case history of the patient, including lifestyle, diet, environmental exposures, family history etc. that potential triggers of inflammation and immune irritants can be identified. Tania’s lab tests identified much for us to address. She had elevated levels of antibodies to several foods, gut flora imbalances and high levels of toxicity. Her treatment was with natural medicine to support her liver and adrenal function; and natural health supplements. Over time her inflammatory markers decreased and she had a sense of recovery.

I have found that this approach works well for many autoimmune diseases by diagnosing and addressing the underlying problems rather than merely suppressing the symptoms.

Tania is a 59 year old lady from Oxfordshire who loved riding horses and walked into the autoimmune clinic several years ago with a severe case of the autoimmune disease, CREST, having been diagnosed with it five years previously.

“I first became a patient of Deborah Grant’s Autoimmune Clinic this year. Eight years ago I visited the local surgery with what I thought was an infected splinter in my finger. When it didn’t respond to antibiotics my doctor said that she strongly suspected that I had CREST. I had suffered from Raynaud’s disease for some years and in addition to the white fingers, I had noticed red ‘dots’ on my fingers, hands, lips and cheeks in the last couple of years. Ulcers in the form of a nasty thick yellowish liquid, or worse, hard gravel-like lumps poking out of my finger and thumb were very painful, ugly and causing me distress.

This diagnosis was confirmed by a well-respected consultant rheumatologist, who tested my heart, my swallowing, and could not have been more thorough. He informed me, however, that my symptoms were something that I would just have to cope with – and that there is no evidence whatever that diet could play a part in reducing the pain, inflammation, and general misery of this condition.

Having been to visit Deborah Grant on five occasions, by visit two I was conscious that the pain had almost disappeared and the swelling was far less. Four months later I am astonished to find I can use my hands almost normally and although I can still feel the lumps, there are no ulcers. The red dots have not changed, but white fingers are rare (this is summer so I have yet to discover whether I will have to go back on to traditional medicine to improve my circulation). From feeling that I was doomed, and that this condition would steadily worsen over the years, I am thoroughly excited that there is a way through diet, lifestyle and natural substances that can change everything. At the moment I feel that the progress of the disease had stopped in its tracks. I hope that this will bring hope for the people that suffer from this very unusual disease.” – Tania, Oxfordshire

Autoimmune diseases – one or more – now affect over 50 million people in America and over 4 million people in the UK. If you have been given an autoimmune label and pharmaceutical drugs to suppress your immune system but would like to find some answers to your questions, I would be delighted to help you.

If you would like a personalised approach to your autoimmune condition, call our Medical Secretary for an appointment.